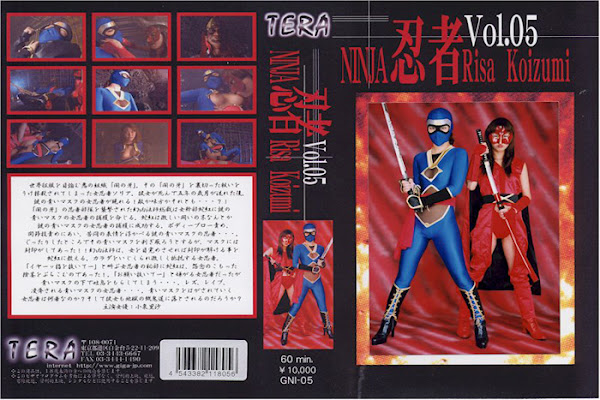 Dark Fang was an evil organization whose aim was to conquer the world. Female Ninja， Soria， was executed because she had betrayed Dark Fang. After five years since her death， a mysterious blue masked female ninja appeared. Was she an evil， ally or...? The president of Dark Fang， Genkyo Hoshi， whose Ninja Squadron had been attacked， ordered Jakou to catch the female Ninja with blue mask. Jakou managed to succeed in catching the blue-masked Ninja after the violent fight. Ninja showed agonized look with the body blow and the joint trick. Jakou tried to ripe off the mask， but the mask was sealed. Genkyou Hoshi told Jakou that the seal would be broken when the woman would become conscious. Ninja refused violently as she was played with the body. ”No， pull of the finger!” cried Ninja， to whom Jakou inserted the penis with deep-seated grudge into the vagina of Ninja. She cried ”Please， pull it off!” Though she refused， she heaved a sigh under the blue mask. The Ninja with blue mask was disgraced and humiliated by both sexes. Who was the Ninja with blue mask? And would she also be fallen into the hell?