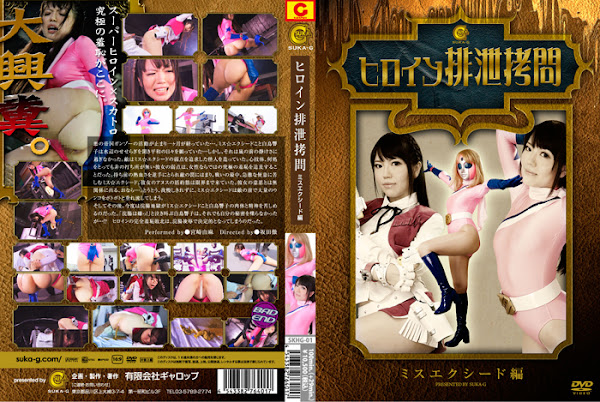 It’s has been one month since the evil empire named the Gunzo stopped the activity... Kyoko Shiratori(means a sounder of a swan) as Miss☆Exceed now rests herself to hear a little stream of waterside， and hopes that every day of the peace will last...but it is only a dead calm before a storm comes. The enemy has been creating a monster considering weak points of Miss☆Exceed. She seems to be faultless in spirit， technique， and physical strength， but the enemy believes that she would show a weak side as a female if a female’s ultimate shame is pursued. Now， Miss☆Exceed’s unborrowed dashing nature is turned around， and she is entrapped by the enemy， and then in the midst of the battle， she starts to suffer from sudden strong defecation desire. The sphincter muscle of her anus is coming to the limit. The fart comes out regardless of her intention... At last， Miss☆Exceed cannot bear the defecation desire， and in front of the enemy， she plop runs and sags a great amount of dump. After that， the enema torture gives pain to body and soul of Kyoko Shiratori as Miss☆Exceed. ’I hate enema!’ Kyoko Shiratori screams ， and she still tries to keep her secret， but...!? The complete shameful defeat of the heroine becomes decisive by the enema surrender. [BAD END]