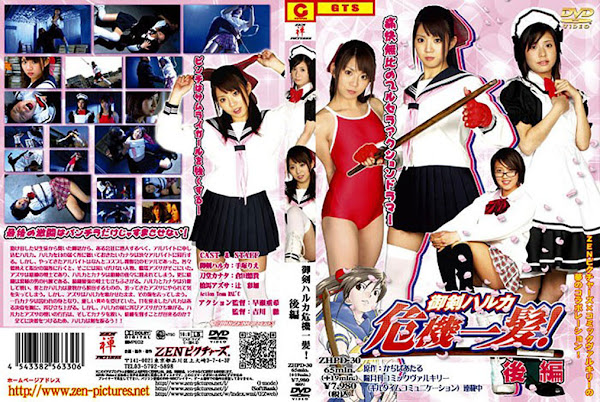 Haruka hears a strange rumor circulating about a company when she rescues the imprisoned girl student. To infiltrate the company Haruka applies for a part-time job. Kanata， who wants to keep an eye on Haruka， reluctantly agrees to go with her. To her surprise， the part-time job is actually modeling for cosplay photo session. Haruka and Kanata are dressed in costumes and go to the appointed place to find most unexpected person， Azusa Yariuma， fighter of the syndicate， and they are surrounded by its members. Not only that; the strongest warrior and right-hand man of the organization’s mastermind confronts them. Haruka and Kanata fight separately. Haruka manages to escape， but loses consciousness after being knocked down by Azusa chasing her. Azusa leaves without doing anything to her， however. Meanwhile， Kanata is captured and relentlessly tortured by the enemy. Coming to life， Haruka stands up and sets out to fight， but Azusa stands in her way again. How will the battle between Haruka and Azusa end? Can she save the life of Kanata and defeat the syndicate? Now Haruka takes up the sword to end these battles once and for all!!