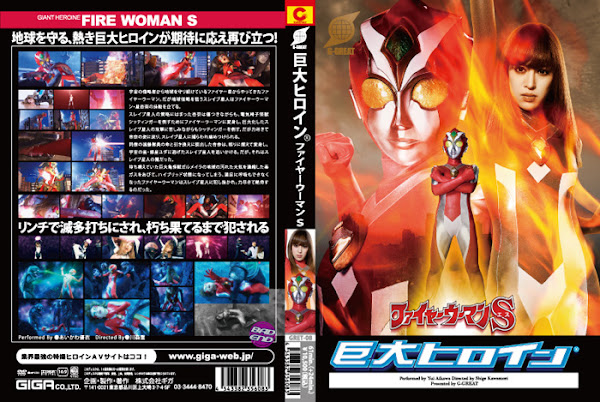 The Fire-Woman， who came from the Fire Star， protects the earth from space invaders. But the Salve Star alien plots to terminate Anna Hoshi(means full of apricots in a star) as the Fire-Woman， in order to accomplish invasion of the earth. Anna is totally trapped by the Salve Star alien， and she’s being damaged. But she transforms herself into the Fire-Woman in order to beat the Electric Chair Monstrous Beast named Sittinger. And she succeeds in beating Sittinger， while being suffered from attack of the Salve Star alien that has also become gigantic. But the Fire-Woman loses the strength， returning to a figure of Ann. Now she is captured by the Servant Star alien， and is tormented， but her member colleague named Endo(means a long life wisteria) sacrifices its own life and makes Anna to escape from the enemy. With full of anger， Anna transforms herself into the Fire-Woman and chases the Salve Star alien who runs away to the planet of Youda(means yes， you’re!). But it is a trap of the Servant Star alien again. She is attacked by the monstrous turtle beast named Gullmailer， and is exposed to the poison gas which is condensed dirty air of the earth and she turns into a hybrid condition. The Fire-Woman can’t breathe satisfactory any more， and she is thoroughly disgraced by the Salve Star alien. And now she looses all the power and finally dies. [BAD END]