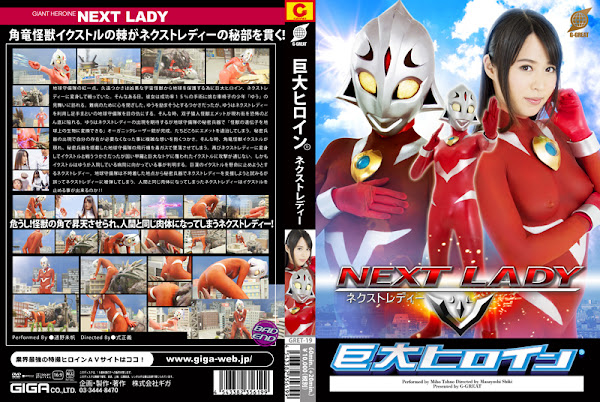 Tsukasa Kuon， a member of the Earth Defense Team， transforms into Next Lady， a giant heroine， to save the people from evil aliens. One day， she visits a boy named Yuu， who was about to undergo a surgery. Tsukasa tries to encourage the patient but Yuu plans to put Next Lady to bad use! Just then， the twin monkey monsters appear on Earth. Yuu expects the superheroine to show up， but the Earth Defense Team creates a laser gun to transform aliens into any animals on Earth. Tsukasa feels unwanted due to the new creation by the EDT. Just then， another monster appears and the EDT tries to stop it. But unfortunately， the EDT are eliminated by its poison gas attack! Tsukasa transforms to stop the monster but she cannot damage it because of its hard shell! The EDT accidentally shoots the heroine with their new weapon and now her body is just like any other girl’s body!