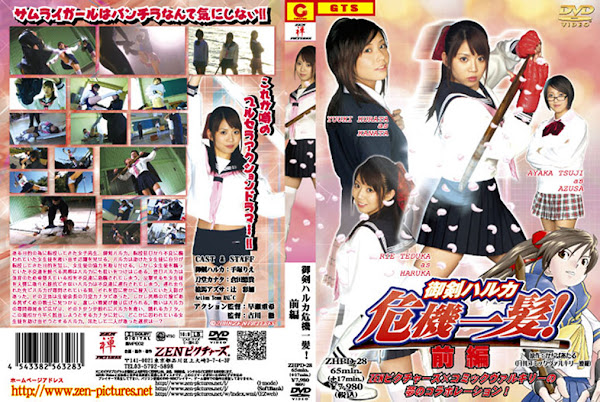 A high school girl Haruka Mitsurugi has been transferred from other school for a certain purpose. She has performed great deeds in saving a girl student from being attacked by delinquents on her very first day at school. Haruka tells the girl she has saved why she has come to the school and secures the cooperation of her. However， the mastermind who is pulling strings of the delinquents starts to take aim at Haruka as well. The following day， Haruka gets attacked by the delinquents while changing into sym clothes. Although Haruka fights back， the accompanying girl gets taken as a hostage and Haruka is also taken by the delinquents resistlessly. While Haruka is interrogated at the place where she has been taken， there is a figure that gets in stealthily. It is Kanata Toudo， the student body president. However， a warrior dressed all in black， who is the mastermind’s number one， spots him and a fierce battle revolves. The battle reaches the interrogation room where Haruka is trapped， so Kanata rescues Haruka in the confusion of the moment and they hide away. Kanata tries to escape from the place as quick as possible whereas Haruka wants to rescue the girl who is in captivity somewhere in the place. What will they decide to do in the end?