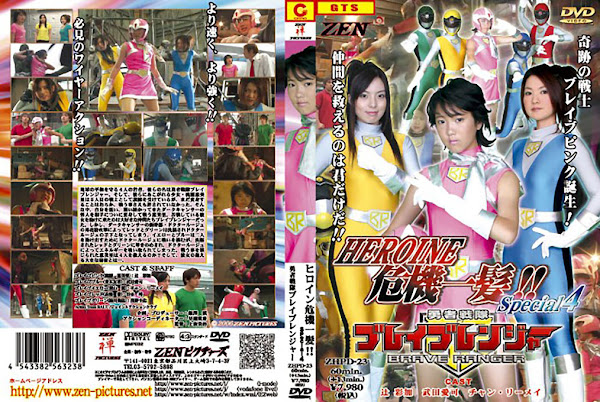 Names of the young person and four men who defend peace in the earth are brave man fleet blur eve rangers. And， training was taken as a soldier of the fifth person at the girl and the peach garden Emi hometown for which it yearned to them， and even the thing to fight not to mention still transforming was not permitted. The mystery man with a dark cancer that has attacked it aims at in such and me， and is Emisat that finally transforms to the other party and fights. It was a blur eve ranger of loved companions that came to help her who fought hard. However， red and green are brainwashed and become followers of the doctor rouge by the poison pollen attack of a new executive and the doctor rouge of a dark cancer. As for yellow and blue， it is knocked down， and energy has been absorbed to brainwashed red and green with the doctor rouge though the doctor rouge is challenged to a fight to begin to help two people. Can Emisat to which it is forbidden to fight save four people?And， what is the big secret that she holds?