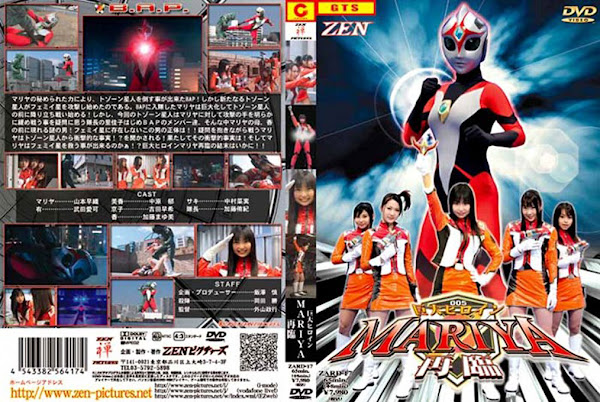 Thanks to Mariya’s secret power BAP is able to defeat the Tozones! However， a new breed of Tozones launches an attack on Planet Femi. Mariya who joins BAP， transforms into a giant， and battles against the Tozones. However， it is obvious that this time the Tozones are not fighting against Mariya with all their might. The squad leader Rikako， as well as the other members of BAP are suspicious as to why the enemies are acting the way they are. Then， a mysterious man appears before Kaoru’s mother. What is the identity of this man that is not supposed to exist on Planet Femi?! While fighting against the Tozones， carrying unanswered questions in her heart， Mariya finds out a shocking fact from the Tozones. What could this shocking fact be?! Will Mariya be able to save Planet Femi?! What will be the outcome of Gigantic Heroine Mariya’s advent!!