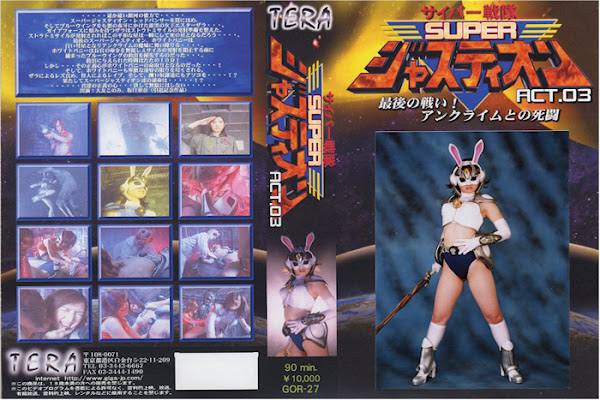 …In a galaxy far， far away…Super Justyon fighter Red Panther was trapped by Esterzara， Queen of Jet Black， and another Justyon Blue Wing also fell into the claws of the evil Queen. Zara， holding a grudge against Gaia Force， prepares to attack and have the Strato Missile ready for that. If the missile is launched， the peaceful star will be the planet of death in a moment…. White Bunny， the last remaining member of Super Justion ， transforms into a white comet and lands in the Demon Castle of Annclimb…. White Bunny disobeys the Commander’s direct order and decides to first rescue Blue Wing， who after the failed mission to stop the missile launch is now imprisoned in the castle. However， her strong sense of justice proves a fatal mistake for White Bunny! Captured White Bunny is subjected to the meanest disgrace， lesbian tortured by Zara， disgraced by a humanoid monster， and even ugly-looking servants begin to punishment her private part….!? What will become of the Super Justion fighters in the end…!?...Your heart of justice…shall not be wasted….