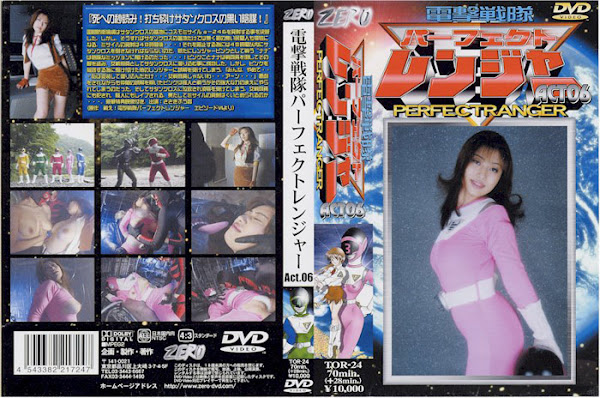 International Defence Organization had decided to shoot Cosmo Missile α-246 onto the base of Saturn Cross. However， that would destroy not only the base itself but also innocent ordinary people. The missile was scheduled to be launched in 48 hours. To stop that， Saturn Cross must be defeated within 48 hours. Nana， the new Ranger Pink， risked her life on the dangerous mission. Nana stole the uniform of the fighter and succeeded in smuggling herself into Saturn Cross. But she was misunderstood by other Rangers who had sumuggled themselves to help Pink. ”Hey， stop， every body. I am just disgusing myself a the female fighter. I’m Pink” Pink managed to clear the misunderstanding， though she was molested by the Rangers， and fought against the monster. However， she was yielded by its strength. She was finally taken， and disgraced and humiliated by Saturn Cross. She was also disgraced by both female fighters and monsters. Would she be able to stop the launch of the missile? (Origninal script: Fight! Electrical Squadron Perfect Ranger Episode)