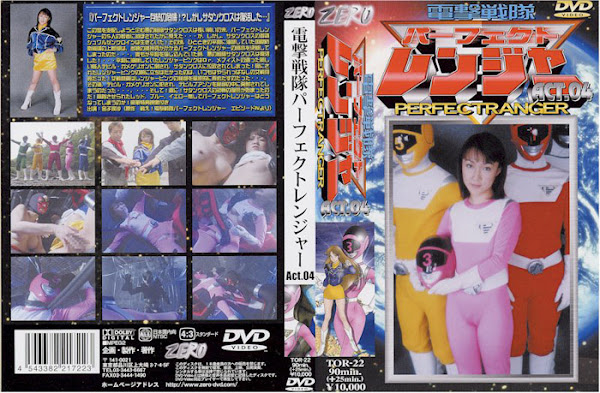 After a long period of fighting days，it seemed that five brave youths ”The Perfect-Ranger” destroyed an evil organization named ”The Satan-Cross” which had been plotting to conquer the world...However， Schwarzen Creutz who was the head of the Stan-Cross was not dead yet， and he came back alive! In those days top-ranking officials of the International Defense Mechanism felt confident of the peace for a while， and unfortunately they were off their guard toward the Stan-Cross and decided to minimize the size of the Perfect-Ranger that took a lot of money to keep on... And as the way it was， when anyone believed that the peace would last forever， the evil organization ”The Satan-Cross” was revived in front of people in the earth!...The Ranger-Pink also believed the peace， and she was completely off the guard toward the Satan-Cross. One day she was attacked and beaten by a new model monster named ”The Devil-Gamegelion” that was created by Dr. Mephisto， and she was kidnapped by the Satan-Cross! And strangely there were some combatants who were standing on the crucified Ranger-Pink. They were female combatants who were always beaten so miserably by the Perfect-Ranger! Those female combatants were teasing the Ranger-Pink’s secret spot exhaustively for their revenge... After that in addition， she was disgraced by the Devil-Gamegelion and shot ”The Devil-Poison” into her pinky hole... ...And! Finally! The really fierce revenge of the Satan-Cross was about to begin! So what’s going to happen to the Perfect-Ranger missing the Red， the Blue， and the Yellow who were already discharged from it!? (The original story from ”An Episode of ’Fight! The Blitz Unit Perfect Ranger’”)