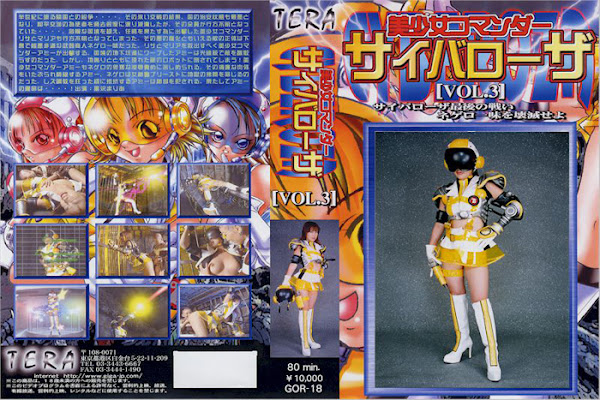 The on-going conflict with the neighboring land that has lasted for 50 years…. Because of the long-running war the country’s public order has totally decayed. Delegates were sent several times in the past to negotiate for peace， but they all went missing…. Two beautiful girls Commander Risa and Maria travel across the dangerous border to accomplish their mission， but they also disappeared. Their enemy is the Incarnation of Evil， most ruthless and ferocious sleazeball arms merchant Negero and his brigade. To rescue Risa and Maria， a beauty girl Commander Amy sets out to attack. Amy is beamed into a mine tunnel near the border and defeats the enemy using a ray gun. However， with a thundering noise a mysterious robot suddenly appears and beats her! Now the beauty girl Amy must endure the nasty disgrace from Negero. Amy is in terrible agony， her pure body molested by Negero， who orders Priest， his female secretary， to torture her like hell. Hers is a lesbian torturing and Priest molests the groin of Amy who resists madly. What will be the fate of the beauty girl Amy…?!