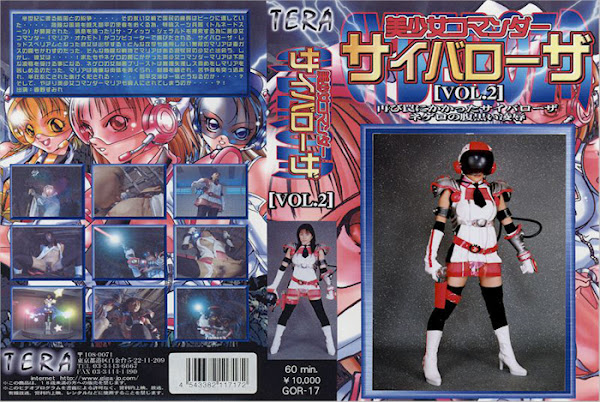 The devastating war with the neighboring country that had lasted for fifty years left the people hungry and impoverished. To bring the delegate for peace safely across the dangerous border， a specially designed armored suit called “Tornado Suit” was created. A beautiful young girl commander Maria Okamoto is chosen by the computer and she is given a task to search Lisa Fitzgerald who went missing. Maria is now Cyber Rosa Red Superium setting out to battle the enemies! Maria is an invincible fighter and no attacks can damage her， not even the enemy’s poison gas trap. Then Maria meets a nomad girl in the dangerous battlefield， but she is in fact…. Caught in Neguro’s trap again， the beautiful girl commander has to endure the meanest disgrace imaginable. She has to undergo the lesbian tortures by Negero’s female secretary Priest. Maria’s pure body is punishmentd， her genitalia is exposed， and a tongue and fingers stick into there and poke about. Maria， gone half-crazy， is disgraced in the end…. But will her peace negotiation succeed? And what will become of the beautiful girl commander Maria ... will she be mentally ruined too?