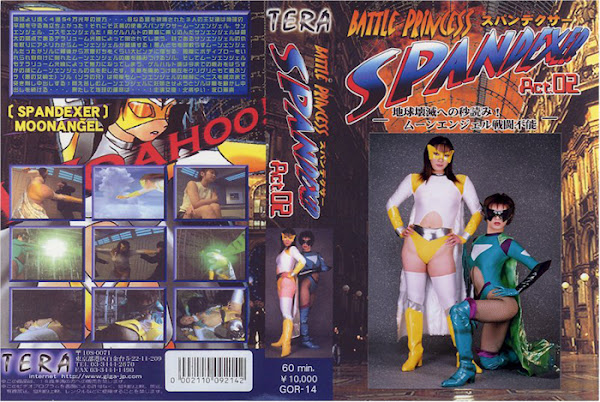 400，050 thousand light years far away from the earth， three princesses， whose mother planet has been destroyed， stand up for the peace of the earth! They are messengers of justice， Spandexer Moon Angel， Sun Angel and Cosmo Angel! However， Sun Angel， who has got into the fortress of the enemy Gerhard， gets defeated being exposed to the telarium beam to which she has susceptibility. To avenge her younger sister， Moon Angel comes to town from the U.S. Although she blows up the evil enemies， she runs into a terrible pinch getting caught from behind by Zol. Zol tramps on the belly of Moon Angel who is lying on her back after getting blows in the side. Moon Angel also becomes powerless due to the telarium beam. What will be the fate of the earth?