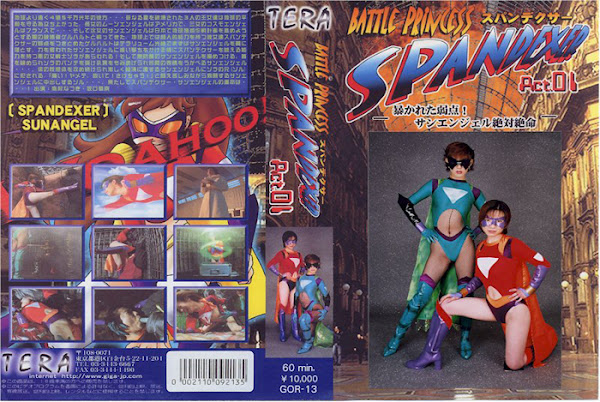 450 million light years far away from the earth， three princesses whose mother planet has been destroyed stand up for the peace of the earth. The oldest sister Moon Angel in the U.S.， the youngest Cosmo Angel in France and the second-oldest Sun Angel in Japan， the three sisters have been fighting respectively against the shadowy destroyer Gerhard who urges the plot to destroy the earth. Having found out the weak points of ”Spandexer” composed of the three sisters with super-human abilities， Gerhard entraps Sun Angel with telarium beam first of all. Then an evil female warrior Zola with more power than Spandexer appears in front of powerless Sun Angel as one misfortune follows another!