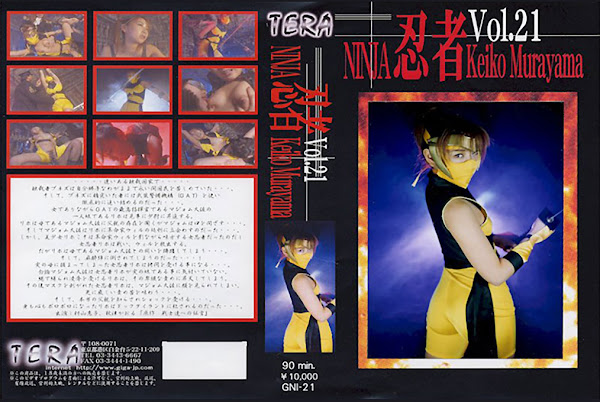 ..In a autocratic state far away….. the absolute leader Bunez is tormenting the citizens selfishly for a long time… And for the opponents who resist the system of him he uses Gun Action Team (GAT) to pursue them… Riho， a sole daughter of Colonel Majom， the female leader of GAT is promoted to be Ensign. Riho asks her mother， Colonel Majom， of his father， but she shuts her mouth… And Colonel Majom makes her to see the termination of a revolutionist， Wil… However， the beauty girl Riho herself is a female ninja who secretly supports the revolutionist， Wil! The female ninja Riho fights and saves Wil. But Riho hesitates to fight her mother， Colonel Majom… And she is beaten with anesthesia bullet…! The female ninja Riho， who is caught by her real mother， is tortured… Of course the Colonel Majom does not realize the female ninja to be her daughter. Bound and disgraced， Riho gets into an ecstasy with the sexual torment. After that， the mask of the female ninja Riho is stripped， and the Colonel Majom sees her face， and she suffers a severer torture… And she gets shock， knowing her real father… Desperate， Riho is disgraced by Doctyrant… Starring: Keiko Murayama， Kaoru Akitsu “quoted by Senshitachi e no Dengon”