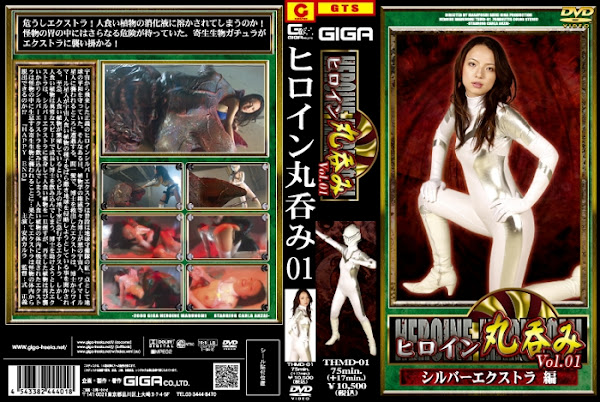 Silver Extra is a heroine of justice from space. She is the only female member of Earth’s Self Defense Forces fighting for the peace of the world. One day she witnesses Dr. Todoroki， the foremost authority on botany， being attacked by the evil alien Weimar. Extra rushes to his rescue and he narrowly escapes. Then Dr. Todoroki tells her of the Weimar’s terrifying plans of conquering Earth by scattering the seeds of flesh-eating space plant. Extra hurries to the building’s basement where he says the aliens breed the carnivorous plant. There， however， the doctor is swallowed by the flesh-eating plant that grows incredibly fast. To save the doctor’s life Extra transforms into Silver Extra and initially defeats the plant， but the man-eating plant rises again and starts attacking， and swallows the body of Silver Extra. After getting swallowed Silver Extra is attacked by yet another creature， parasite that lives inside the plant. Can she survive the fight and come out of the deadly creature alive?!