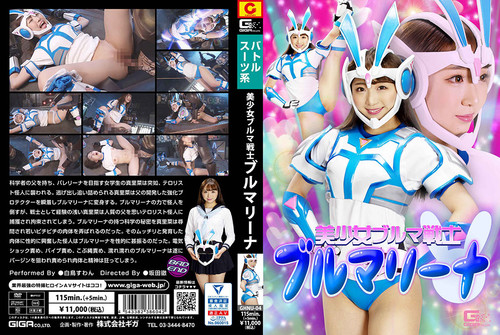 Marina， a female student who has a father of scientists and is aiming for a ballerina， is suddenly attacked by a terrorist monster. She runs away and is cornered. Marina instantly wears a reinforced protector developed by her father and transforms into a Bloomerina. She defeats the monster with the power of Bloomerina， but she is inexperienced as a warrior. She thinks of her father who was captured as a hostage. Marina is captured and detained by a terrorist monster…[BAD END]