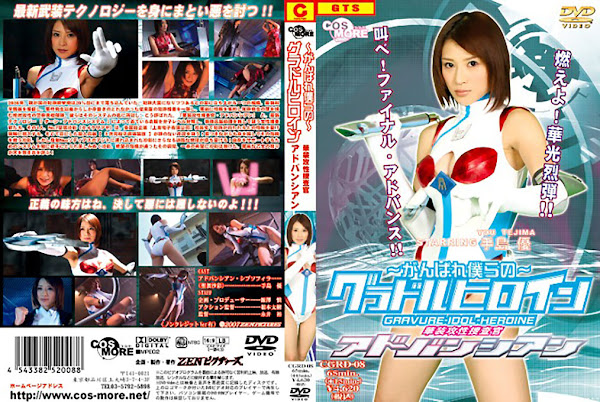 In the year of 2036 ... the number of the solved cases has decreased drastically in Japan and its police’s arrest rate has now dropped to mere 20 percent. When the once peaceful country is infested with crimes， a new organization is formed. Using advanced science technology， the organization totally abolishes the old-fashioned investigation procedures that have to start after crimes are committed. The new police squad collects information and takes proactive actions before crimes happen. Because of their unique system， they are called Costumed Strike Force “Advancian.” Female agents of the squad fight crimes wearing the costumes that are once broken down to a single molecule by the newest technology “Turn Advance System” before equipped with special devices， and No. 7 Seike Saaya is one of them. She gathers information about a crime that will happen in the house of the president of the multinational corporation “Shanghai Electronics Inc.” and she sets out to infiltrate the crime scene. There she finds a deadly weapon “Three-Dimensional Particle Guidance System” that starts to attack defenseless citizens! She protects them with her body， but is hurt and caught by her old enemy Neo Zodias， who takes her to the hideout and gives her severe tortures! Saaya has to suffer great pain as Neo Zodias has found a way to manipulate the System that should support her， and can use it to suit his purpose. On the brink of despair Saaya takes a chance for the last time and fight back. A beautiful girl’s clenched fists of anger strike the heaven and now bring down the fire from above!