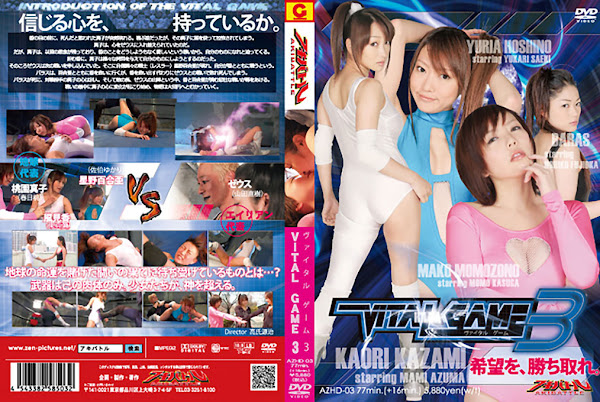 In front of Kaori pops up Mako who’s supposed to have died. Kaori rejoices， but Mako drugs and kidnaps her. Mako has had her mind replaced by Zeus. But， former memories remain in Mako， and she keeps fond thoughts of Kaori and asks Kaori to become her own. Kaori rejects， whom Mako puts to torture to persuade. Meanwhile， Zeus has applied for the next battle. Then， Yuria Hoshino， a confident wrestler， comes around and seeks to fight along with Kaori. Balas goes out to save Kaori with Yuria but loses her life in a battle with Zeus after successfully rescuing Kaori. Now with Balas dead， Mako’s mind is of a separate person. And， Zeus， the head of the enemy， is ready for the battle， opening up a fierce fight for Kaori and Yuria. In the middle of the battle， Mako’s mind goes through a change， and the story proceeds to a grand finale.