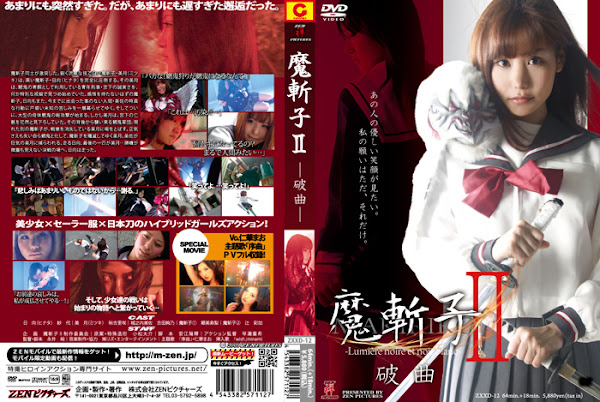 Demon slasher girls are head-on for a fierce fight. With sharp， flowing battle movements， Mitsuki， the white demon slasher girl overwhelms Hinata， the black slasher girl. Mitsuki is now looking to Miyashita with special interests， a young police detective who is so sincere， whom she is using as a bait for the river demons. Hinata， another demon slasher， void of any emotions， is puzzled by Misa’s peculiar behaviors of a human she never encountered before， and she has her worries eat into her mind. And， at last， an all-out attack at the river demon of her mother body starts. But， Mitsuki now looks stunned at the body of Miyashita. From behind， an army of river demons come encroaching in. Another demon slasher emerges and dashes off Mitsuki lost in dismay with no fighting spirits. Having lost her sanity， Mitsuki turns into a river demon and charges on to crush demon slashers. Misa is captured by insane Mitsuki. Hinata runs. Last demon is Mitsuki. Hinata keeps running to the battlefield where no victory is in sight.