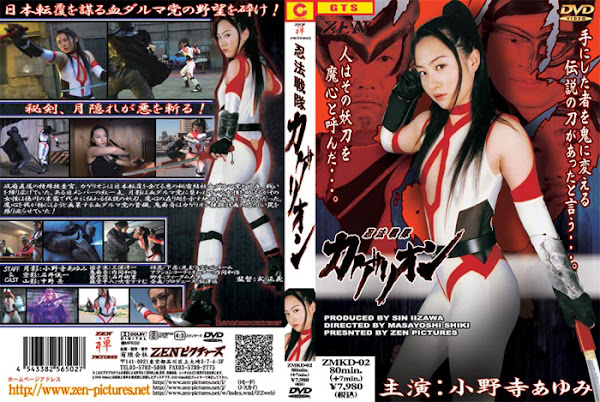 Kagerion， a special investigation unit under the direct control of the government， battles day in and day outwith the Blood Darma Party， an evil organization that is scheming to overthrow the government. One day， a member of Kagerion， Itten Kurenai saves a woman who is being attacked by the Blood Darmas. It turns out that she is the descendant of Tokugawa (The most powerful ruler in the history of Japan)， and has in her possession， a map that indicates the whereabouts of the legendary diabolic sword that has been handed down from generation to generation. Kimen Hitoshi， head of the Blood Darma， wanting to possess the ”Mashin” (Sword of Evil)， sets deadly traps everywhere in an attempt to kill Kagerion!