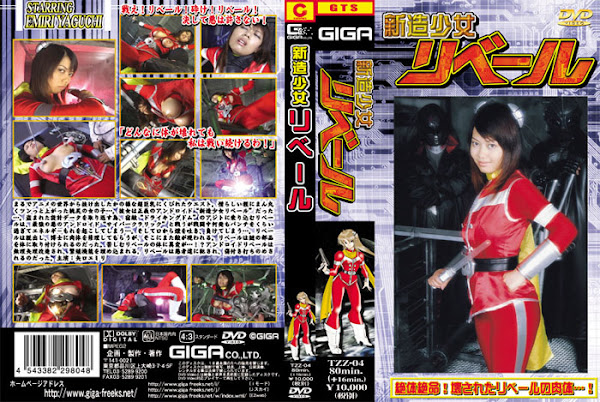 Her huge boobs stick out and bell shaped hip looks like a manga character. Her soft pink butts are really rounded and high. She is a new structured android girl， called Leberu who believes in justice. In order to take back design data， she breaks into a hideout of Dryking Dom， her old enemy. She fights against Cyber Clalick， the strongest evil android， but gets hit a number of times and ends up leaking the energy. She looses the fight as a smoke comes out of her mouth. Leberu gets out of there and her Doctor fixes her body. But， an enemy shows up. She is forced to have an unknown piece in her body. She starts to feel sick and there is something wrong on her body. It is breeding function that is installed in her body. She is disgraced by enemy and injured physically and mentally.