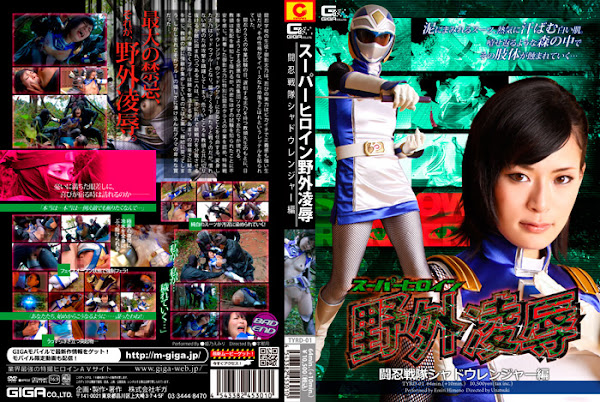 Shino Mikage， training at the Fighting Ninja School， is a top-notch student with her fine Ninja skills and an admirable sense of justice. But， she’s been tagged as a failure because of her wayward personality. On the day of graduation test， while the head instructor waits for Shino， who is late coming in， a bunch of underling Ninjas of the Vicious Ninja Group Soma come rushing， trying to control Japan. The head instructor， sensing the move， goes into hiding. But， concerned about the fact that the confidential graduation test has somehow been known， he allows late-coming Shino to graduate from the Fighting Ninja class and appoints her as Shadow Blue of the Special Fighting Ninja Rangers. Transformed in Shadow Blue， Shino fights with the assaulting underlings but flinches battling in earnest due to lack of actual battling experience. The head instructor joins in the battle just in time to save the two of them out of troubles. As the encroaching enemies surround them， they split into two directions to report that they spotted spies. While the head instructor hold the enemies in check， Blue breaks away from them. But， worried about the head instructor， she returns to the enemy land， where Soma is in wait with a mean trap... [Bad ending]