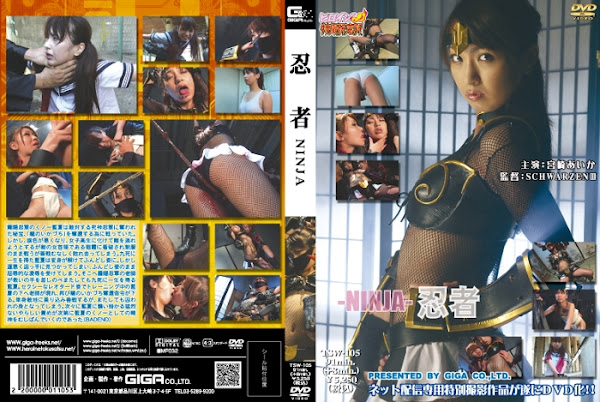 A female Ninja named Aika， who belongs to the Fog-Hiding Ninja Army， has been fighting against the Death Ninja Army in order to take back a deprived treasure ”The Dragon Hammer.” However， the odds become against her and she tries to escape danger with disguising herself as a high school girl. But the enemy’s female head named as the Dark-Mist sees through her true character. So Aika has to fight against the enemy while she is wearing the high school costume. Anyhow she puts up a good fight in the beginning， but she is gradually wasting herself and at last she looses her fight. However， by a happy chance she escapes death by a hairsbreadth and when she wakes up， she sees her transformation comes clear and only finds herself wearing a loincloth. Still unfortunately she is found by pursuers and is surrender shamefully with the loincloth. There her old master of the Fog-Hiding Ninja Army appears and extends a helping hand to Aika， and again she escapes death by a hairsbreadth. While Aika is training herself with a sexy leotard， her old master appears in front of her and orders her to take back the Dragon Hammer again. She ventures into the enemy’s territory and fights well against them in the beginning， but again she is captured by the enemy. Aika experiences furious dirty teasing one after another， and her mentality as the female ninja is gradually being ruined. (BAD END)