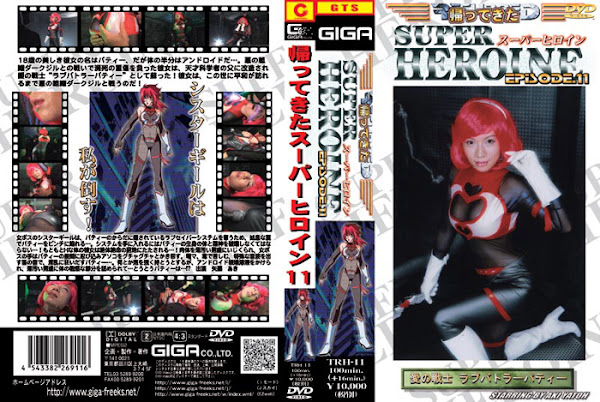 The beautiful eighteen-year-old girl is named Patty. The half of her body is an android. After being mortally wounded in the battle with an evil syndicate Dark Jill， her body was altered by her genius scientist father and consequently she arose as a love fighter called ”Love Battler Patty”. She is to fight against the evil syndicate Dark Jill until world peace is realized! Sister Gheer， a female boss， pinches Patty by setting a makeshift trap for her in order to deprive her of the Love-made bar system that is hidden in Patty’s body... To obtain the system， Patty’s flesh-and-blood body and soul have to be destroyed...! Patty， who has a letch body by nature， is driven into the wall...! Frowzy men fiddle with her body and the fingers of the female boss creep in Patty’s groin and mess up her secret parts. Patty suffers from attacks of electric massagers and poisons， and goes bananas pruriently due to the sound of a flute that emits particular kind of acoustic waves. She tries to keep her shoulders back but she is poured some liquid solution that would destroy androids and the sensitive parts of her body are licked by the frowzy men. What’s become of Patty finally?