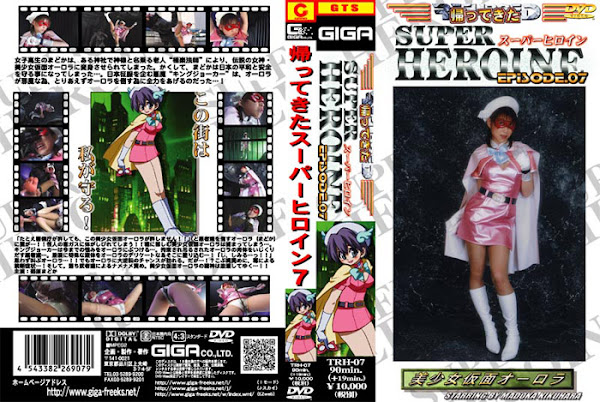 A high school girl， Madoka was made in a shrine by an old man called ”Gokuraku Boushi” to transform herself into Masked Beauty Aurora， a goddess of legend. Hence， Madoka is due to protect Japan’s peace and safety... ”King Joker”， a devil that plots conquest of Japan， does his utmost to defeat Aurora any anyway as she is getting in his way! ”Even if the Guard Agency forgives， I， Masked Beauty Aurora， never forgive you all!” Aurora Madoka beats up the evils saying so. But then she walks into a trap...!! Her body becomes numb with the poisonous gas of the monster” Suffering from the gas， she gets caught. King joker wrecks his grudge he has ever had on Aurora... The evils fiddle around the body of Aurora who is being hung in captivity. Special liquid is spread around her delicate private parts! ”It stings!!” Aurora cries out despite herself...!! Then a chance turns up for her to reverse the tide. But...attacks of knotted rope， symptoms of withdrawal from the poison...and lickings of defeated samurais...Masked Beauty Aurora is beginning to come apart at the seams!!