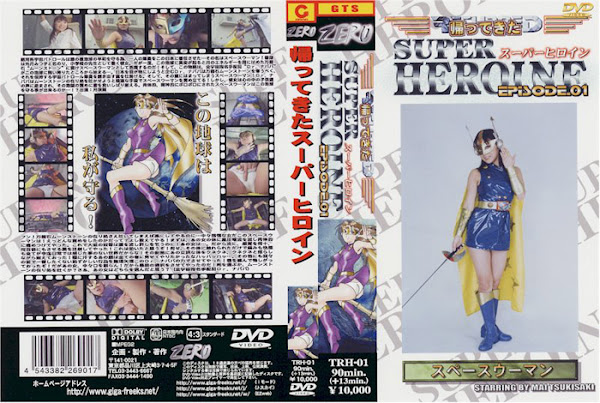 Huh! I would make her at ease if she has confessed where the magical almighty stone called “The Special-Moonstone” is! But...this woman， The Space-Woman， is quite stiff-necked! Do you want to ask me what kinds of torture I have done to her? Well， I am going to tell you about it! At first， I made electricity running through her body， and hurt her physically. The most of enemies usually give up by this torture and beg for their help with springing tears! But that woman...never gave up. So the next， I injected a medicine that would make her sensibility accelerated from ten to hundred times keener than before! I thought that it really worked! That was really painful as the world in hell that people wouldn’t feel in ordinary life because just touching on the body could make feel so hurt! And I got that proof of her deadly pain from the fine body moving zigzag & zigzag like a snake under that badly endurance! I wish that I could show her face running with sweat in front of everyone. Ha-ha-ha-ha... Actually I am Dr. Nababa who also forced her really shameful things， which she wouldn’t desire to be exposed in front of us! She was stamping her feet with mortification like biting her lips! However， this stubborn woman has never confessed! So I gave her last choice! Tell us where the Moon Stone is or she will be dead? Well， what do you think which she will choose? (From Dr. Nababa， one of the entire cosmos most wanted list) The galactic system space patrol sent one of member to Japan to keep peace on green planet， the earth...this member is called the Space-Woman! Ordinary She names herself as Miyuko Kougetsu， and she works as a primary school teacher. But once something is happened in the earth， she transforms into the Space-Woman after receiving energy from her magical almighty stone ring called “ The Special-Moonstone” that has power from the moon; and she goes for enemies! The story begins with “Dr. Nababa” who is one of the entire cosmos wanted list， swooping down on the earth... Dr. Nababa is plotting to conquer Japan on his hands， so he aims at the Moonstone that has magical almighty power. And he set some seducing traps to capture a member of the galactic system space patrol in order to get the Moonstone; therefore， the Space-Woman was trapped by their evil set ups unfortunately! Dr. Nababa accuses the Space-Woman with some mean methods in order to make her confess where the Special-Moonstone is! However， even if the hellish torture with gritting her teeth to bear the agony， she endures those torture because she always listen words of schoolchildren’s encouragement from bottom of her heart. Is it really possible for her to save the earth after she’s beaten up so badly mentally and physically by Dr. Nababa...!?