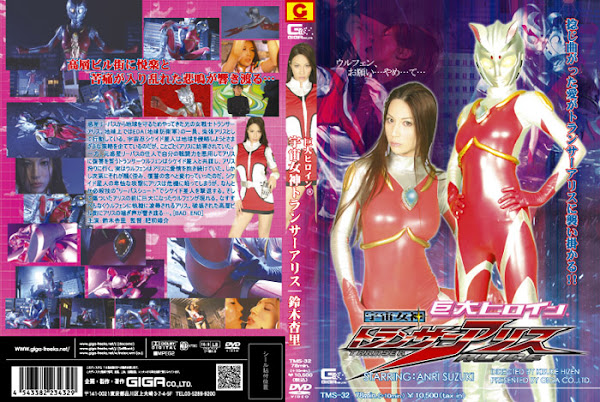 The star flashing female warrior named the Trancer-Alice came from the planet of Lepus in order to protect the earth! Her vulnerable point was a color timer on her chest. On the earth， she disguised herself as a human figure named Alice Tobari， and she acted as a member of EDA (the Earth Defense Army). The space ninja named the Sikeido alien tried to invade the earth， but all the time the alien was interfered by Alice. Other hand， the Trancer-Wolfen， who used to be an inhabitant of the planet of Lepus sought revenge on Alice by utilizing her combat ability for wrong way. And the Sikeido alien and the Wolfen tied up together for the same purpose of beating Alice， and they went for hunting Alice. Actually the Wolfen was holding twisted affection toward Alice. The Sikeido alien succeeded to weaken Alice by mean attack. However Alice could terminate the Sikeido alien by her deadly blow called the Lepus-Shoot...on the contrary， who appeared in front of weaken Alice was Wolfen who became the monstrous sized. Alice was attacked by the Wolfen obstinately. And suffered voice of Alice was echoing all over high-rise buildings.