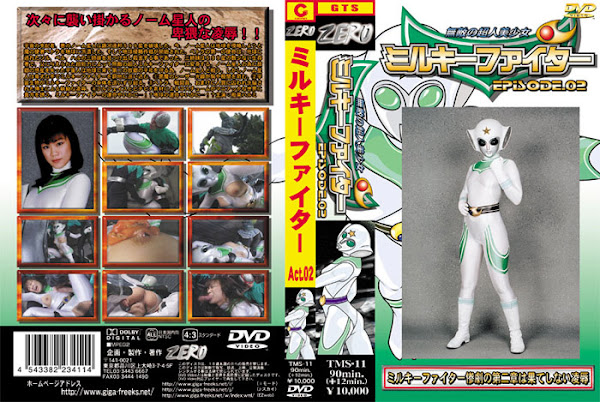 The Normans， inhabitants of the Planet Norm， the wicked ruler of the universe， destroyed the Planet S99 of the Milky Way Federation. Now， the Normans sent an evil messenger， Betra， to Earth with the malicious intention to invade it. Then， the Operation Invasion of the Earth was commenced. The first mission of the Messenger Betra was to locate three sisters， Sol， Bel and Hal， who had fled to Earth， and terminate them all. The sisters were the few survivors of the Planet S99. They had been given super power by their father to transform into invincible super Milky Fighters. Spacemen from the universe， driven out of their home planets by the Normans， had fled to Earth. They were determined to fight the Normans to defend the peace of their second home land. But the Normans planted dirty tricks and cornered the Milky Fighters. ・The vicious lazer beam hitting breasts and groins. ・Cosmic creatures creeping all over the Milky Fighters. ・Betra， fighters and the brain-washed hostage doctor persistently molesting them. ・The costumes made of full-face， tight-fitting material， taking you to a maniac world of imagination. How would the Milky Fighters cope with the fate? What would happen to Earth?