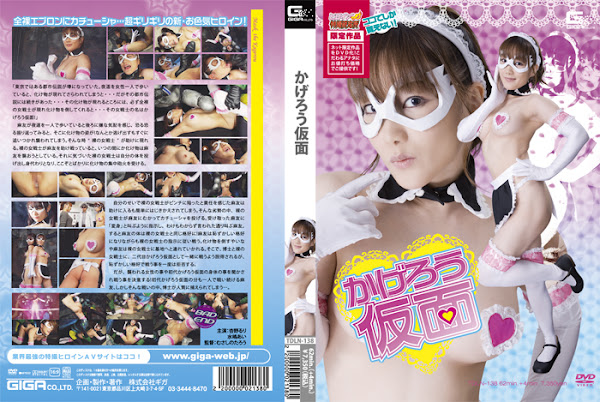 There is an urban legend in Tokyo. ‘A monster is abducting women walking alone on the street at night.... But that is not the end of the story.... Wherever the monster appears， a female warrior arrives， totally naked， to defeat the monster.... And her name is Dayfly Mask!’ Mayu heard of the rumor， but she never thought this would happen to her. When walking down the dark street at night， she feels something is following from behind. Terrified Mayu slowly turns back， and finds there’s a monster coming up here! She starts running trying to escape， but is soon caught and attacked. That’s when ‘the naked warrior’ shows up， fighting to save Mayu. During the confusion of fight， Dayfly Mask notices the monster is about to attack Mayu. Using her own body as a shield， the naked warrior Dayfly Mask protects Mayu， getting all the attacks from the monster. Feeling responsible for the damages the naked female warrior got， Mayu too tries to fight， but she is no match for the monster. Things are obviously getting worse， when the naked female warrior throws a hair band at Mayu， and tells her to shout ‘Transform!’ Not knowing what to do， Mayu does what is told anyway， and the moment she shouts， Mayu’s body begins to change， turning into exactly the same as the naked female warrior! Clad in a very embarrassing costume Mayu fights， following the instructions from the naked female warrior and in the end defeats the monster. As soon as the battle is over， the warrior takes Mayu to her base， where she is asked by the naked female warrior and the doctor to fight as the second Dayfly Mask with them. At first Mayu refuses because of the embarrassing costume， but after thinking about the attacked women and the injured original Dayfly Mask， Mayu agrees to fight! Now Mayu has to fight on her own， but one day the doctor is kidnapped and....[BAD END]