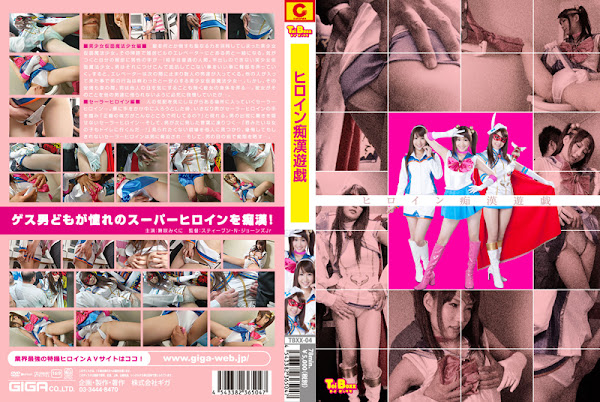 Fontaine had used up all of holy energy after the tremendous battle. She gets on an elevator in an office block， and a man forcibly enters just when the door shuts. Little after she feels an unusual discomfort. Fontaine is feeling a bit nervous because she had no power left and is with an another man in a small room. After she wakes up from daydreaming， she finds the man’s hand touching her buttocks. Confused of the situation， she shakes off the hand and hopes for the elevator to stop. But the man keeps touching her buttocks. Then few men enter the elevator on the next floor. Fontaine regains steadiness because she thinks all of this would end now that there were other people in the elevator. But that did not stop the man from molesting her. The Sailor Heroine quietly runs into the washroom making sure no one sees her. But just like the time she got in the elevator， a man stops her from closing the door and says ’What’s a justice hero doing in a place like this?’ Fontaine is shocked by this action but the man keeps speaking， ’Even a beautiful superhero like you take a pottie...!’ Fontaine gets threaten and violated by the man.