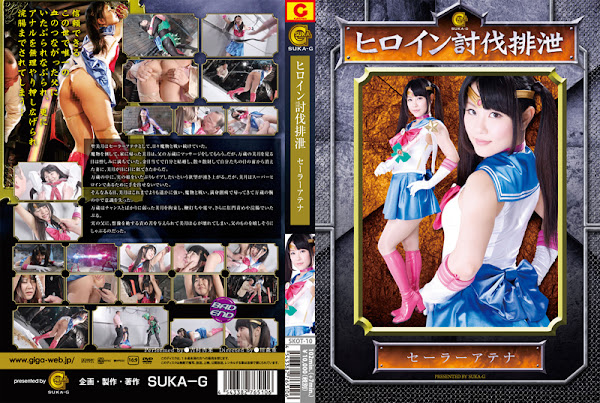 A girl named Mitsuki Hijiri who is Sailor-Athena has been fighting against evil creatures day by day. One day， after she beats an evil creature， and she goes back home and gets massage from her father Manzo. But Manzo’s eyes are filled with hate. Because Mitsuki has gradually resembled the wife who married with him for money and threw his money away as much as possible and finally disappeared from them. Inside of Manzo， he has sprung desire to humiliate and disgrace a real daughter. But Mitsuki is a super heroine， so he cannot do anything with her so far. But one day， Mitsuki fights against an evil creature that is far stronger than former creatures， so she comes back home with wounds all over the flesh and faints in Manzo’s arms. Manzo jumps at the chance， and constraints Mitsuki who is weakened， and teases her with a whip and an electric handy massager; in addition， he teases the anal and injects enema into Mitsuki， and she receives unimaginable tease from the real father. So she totally breaks her mind. And at last she sucks his cock like an awesome candy. [BAD END]