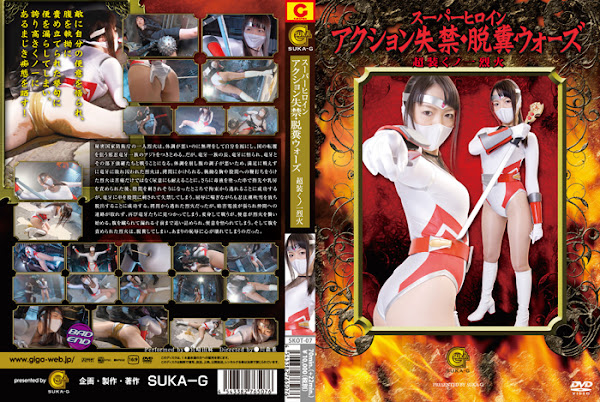 Rekka is one agent of the Secret National Defense Agency. She is in no good physical condition， but she acts as a decoy and finally traces down the den of Janin Ryuga clan， a junto that conspires to topple the government. But， Ryuga， the boss of the clan， learns her ploy and sends his man Gohra to confront her. With her bowels in a pretty shaky condition， she just cannot fight to the best of her ability. At last， Ryuga beats Rekka and capture her for torturing. Persistent whipping on her breast and groin she bears in pain， but she has to withstand the need to piss. After getting her finger tips and nipples smeared with a poisoned skewer， she manages to get away from being pierced in the groin. But， Ryuga succeeds in stabbing her cunt， which makes her piss. Panting in shame， Rekka discharges Ninja squirt and succeeds in fleeing from the torture. With the network of jamming radiowave set up around her， she cannot communicate with her peers and gets captured again by Ryuga. Rekka transforms and keeps on fighting， but she is again assaulted with the need to shit. Kicked in the belly， she is close to shitting， which Ryuga now learns. Ryuga focus beating Rekka in the belly， and she finally shits. Her mind is now broken in shame. [Bad ending]