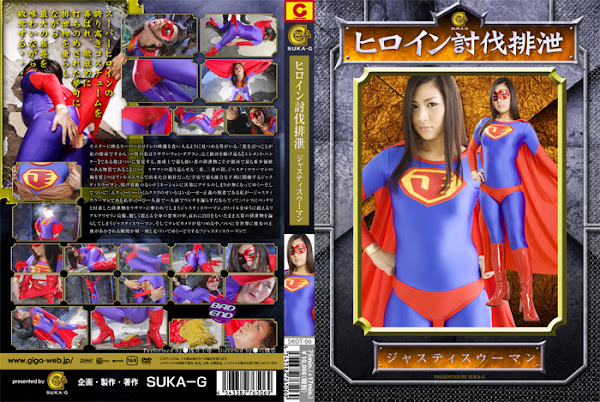 One man intensely looks at a monitor which shows a super heroine. ’You know， my mission is to eradicate evils.’ she says... The man’s name is Lassapha Von Dagrun. He is 【the Element Hunter】who widely courses through the Galaxy. And now he finally finds what the most important thing is. An excretion of the strongest person on the earth is a substance that has most scarcity value in the Galaxcy... Lassapha sets up double， even triple traps. A substance which pierces through the breast of the Justice-Woman is a hypodermic needle made of Falconum! The Justice-Woman agonizes in the strongest purgative in the universe. Along with merciless domination play， the anus gradually loses the tightness...and at last! ’Ugh! ...E-Even if the drug takes effect...The r-righteous messenger what I am...The Justice-Woman what I am! Never believe， i-in front of people， I leak stools!!!’ The Justice-Woman has an excretion adhered to pants deprived by Lassapha. Here is a real glycerin enema which easily exceeds 2 liters. While the Justice-Woman feels chills with violent shiver over the whole body， she exposes the white of the eyes and leaks a great amount of the excretion. And even a television camera gazes her， the moment that her true character is revealed to the whole world is approaching by the minute...Well， what are you going to do!? The Justice-Woman!!! [BAD END]