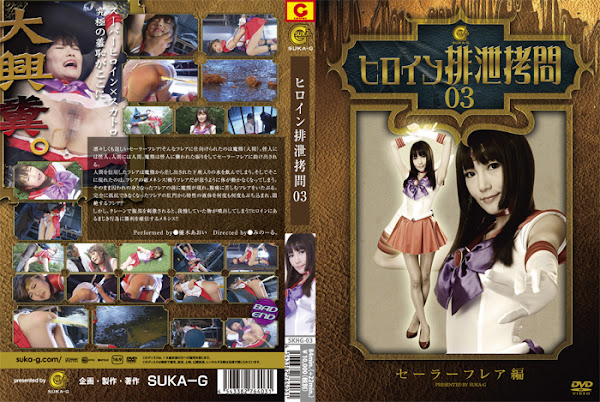 Sailor Flare is strong and mighty. The forces of evil send out Makuma (human) to defeat her. Makuma acts as if he was attacked by a monster and tricks Sailor Flare to drink the water with purgative medicine in it. Just then Menesis shows himself to defeat Sailor Flare! She tries to fight but she cannot move her body. Makuma captures and tortures her until she faints in agony. After she no longer had the power to oppose， the monsters inject a special drug into her asshole. She tries to hold it inside， but fails to after getting punched in the stomach. [BAD END]