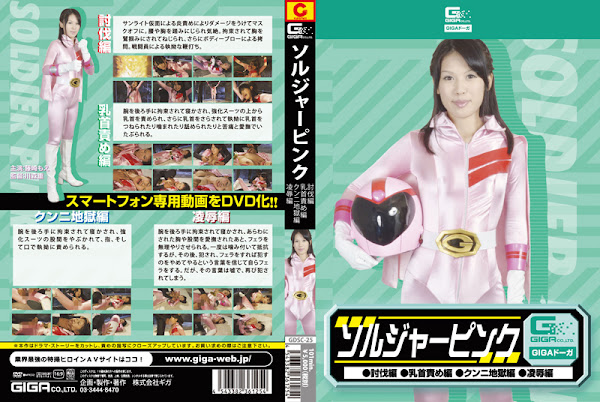 [Subjugation] Soldier Pink takes her mask off after getting burnt by Sunlight Mask’s attack. She gets stomped in the hip and chest that makes her faint. Soldier Pink is chained up， gets grabbed in the breast， and punched in the body. The torture doesn’t end there， the combatant takes out a whip. [Nipple Torture] Soldier Pink’s hands are now tied up behind. The combatant begins torturing her nipples over the power suit， but gradually rips it and tortures her by pinching， chewing， and licking. [Cunnilingus Hell] The combatants lay Soldier Pink down on the floor and rips her power suit. He begins using his fingers and lips to play with her vagina. [Surrender] After getting tortured by the combatant， Soldier Pink is forced to give him a blow job. She bites him to show her resistance but that leads to her getting screwed. Soldier Pink becomes obedient after getting told that he would stop if she would be gentle， but she is obviously tricked and gets violated anyhow.