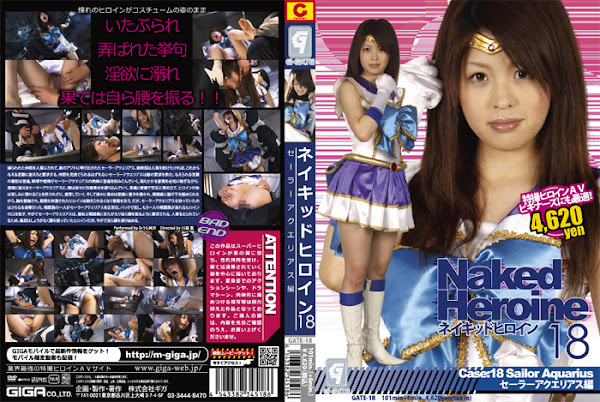 With her colleague held as hostage， Sailor Aquarius is called out to her enemy hideaway. In return for the hostage， she is demanded by the enemy cadre to suffer pains and hardship. Sailor Aquarius， unable to forsake her colleague， obliges the enemy command. The first hardship to hit her is pain， given to her body by iron balls and clubs. As her consciousness wanes under deadly pains， her enemy torments her， mingling pains with some caressing pleasures. She is not allowed to get herself accustomed to pains， which keeps draining her power. The tortures are gradually replaced by caressing， as the enemy fighters lick her under the arms， gropes her bust， and rubs her slit， leaving her unconscious . But， more groping and molesting are in wait for Sailor Aquarius. One of the fighters mounts on her to copulate belly to belly and screws her from behind while another fighter thrusts his dick deep into the poor heroine’s mouth. In time， Sailor Aquarius is commanded to mount on the lying fighter and wiggle her hips on him. The heroine， with nothing else to do to save the hostage， pumps her hips grudgingly at first but starts obliging with pleasure. [Bad ending]