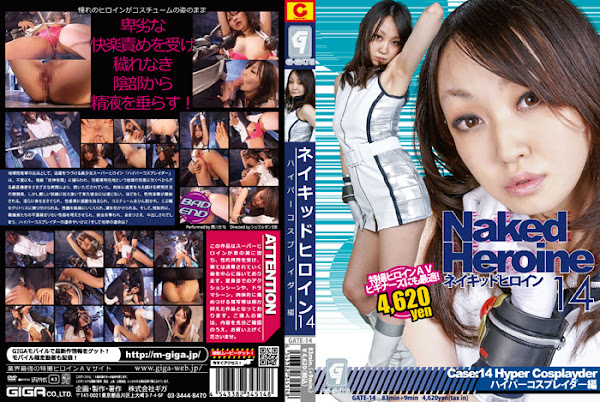 As an advance guard of the Earth Defense Army， a lovely girl supper heroine ”The Hyper-Cosplayder” who continues her activity is careless enough to be captured by an old enemy ”The Death Empire” one day， and with their various tortures， she’s being questioned about the top secret of a location of the defense-forces， which shouldn’t be lacked in defense of the earth. The combatant who specializes in torture continues giving her a sense of pain to her flesh. However， it doesn’t get through to the heroine who has kept being equal to severe training. Soon， their sexual surrender is stared. Her body is fingered indecently， and vibration can be added to her sexual sensitive areas， also her costume is torn off and her clitoris is rubbed by a rope with many knots. Her sexual organs are obstinately fumbled and urine-sexual tide is puffed. And she is compulsorily sucked the combatants’ Augean dirty poles， and her virgin is taken and unfortunately， their cum are shot in her inside. Well， how is the fate of the Hyper-Cosplayder going to be? And the fate of the earth? [BAD END]