CHSH-09 Hyper Sexy Heroine NEXT Fighter of the Sun Leona 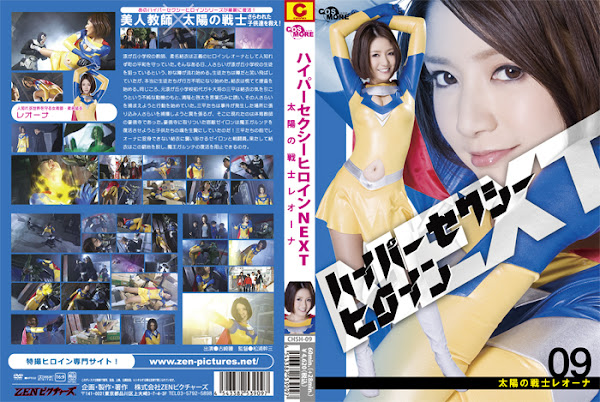 A teacher in Lacquer-Hill Elementary School， Yui Kuwana(means a waver of mulberries) is a righteous heroine named the Leorna and has kept peace of the town by stealth. One day， there’s strange rumor circulating that a kidnapper is aiming at students of the Lacquer-Hill Elementary School. The students are laughing their fears away at first， but the students really go missing. Yui makes haste to investigate it. Around the same time， the original boss of the kids， Sanpei(means hopefully be a good man) holds impure motive to attract mind of Yui， and then persuasively entices the two fellows， Kiyotaka(means highly pure mind) and Keita(means always enlightened) to capture the kidnapper. Sanpei and the two fellows put a stakeout where the incident has happen and built a trap to capture the kidnapper. But surprisingly， a person who appears there is the physical education teacher named Gotokuji(means gigantic virtue worshipper). Actually， Goutokuji has been possessed by Zeiron， the enemy of long standing. Zeiron has tried to restore the author of evil named Gurunthe by sacrificing children’s souls! Unfortunately， Yui is easily attached by Zeiron and the combatants because she cannot transform herself into the Leorna in front of Sanpei and the fellows. Well， is it possible for Yui to get out of a jam and to block resurrection of the author of evil， Gurunthe!?