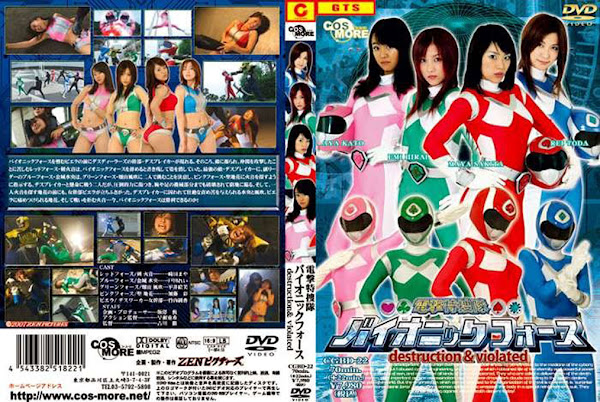 Death Breaker， a higher-rank officer of Death Dealers， shows up before Piera， who hates Bionic Force more than anything. Meanwhile， Red Force disappeared leaving a message， saying she must quit Bionic Force as she bitterly regrets that she was manipulated by the enemy and attacked her partners. Before the final battle against Death Dealers， sub-leader Blue Force decides to confront their deadliest enemy with only two members， Green Force and herself alone， telling Pink Force to go and find Red Force for them. The two fighters fight bravely， but they are soon overwhelmed and wounded by the enemy’s powerful attack. The fighters find themselves in a pinch as their mechanical parts in their limbs get severely damaged. Moreover， vengeful female officer Piera stands in the way of Pink Force looking for Red. Blue Force and Green Force are captured and tortured by Death Dealers: Pink Force is tortured by Piera while Red Force refuses to fight. Now， can Bionic Force win the battle?