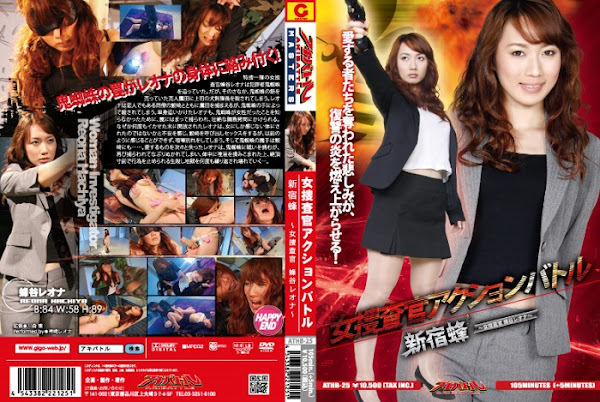 A female investigator in the first unit of special investigation， Miss Leona Hachitani (Bee-Valley) has been chasing a criminal named the Demon-Spider. However， in the midst of the search， her section chief， Mr. Inukai is killed by a junker， Washida who sells guns of the Demon-Spider. By herself Leona chases the criminal， but she is entrapped by the enemy because she hasn’t known the Demon-Spider is actually a female; and she is put into serious torture. However strangely after she is forced to reach the acme so many times， she is set free. But she starts to worry because they might make her body only feel the acme by females， so she calls a guy named Samezaki and have sex with him. But she cannot feel orgasm like before， and she parts from him in anger after a quarrel. But the enemy also attempts to make a victim of Samezaki... Leona looses her beloved people one after another， and she tries to fight against the Demon-Spider. However， Leona is captured again and repeatedly punishmentd by the enemy， and beside that she is smeared the saliva of the Demon-Spider all over her body; and she is repeatedly experienced half-killing act such as the enemy stops the sexual punishment right before she reaches the acme， and finally she is destroyed...[HAPPY END]