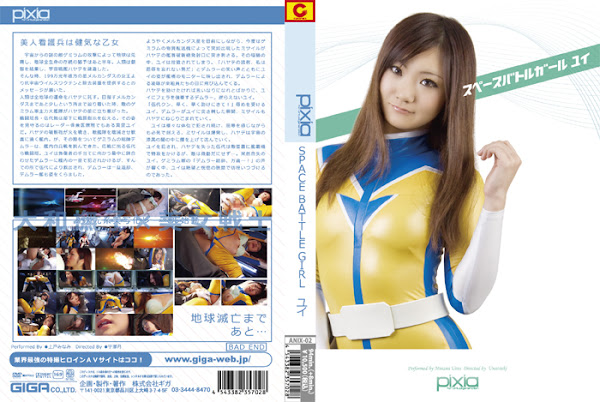 A massive attack from mysterious alien enemy forces called Gemilum leaves Earth devastated， making it almost inhabitable， and it is estimated that all life forms on Earth will be extinct in six months. Using all the resources and knowledge available， human races build Space Battleship Hayate. That is when Queen of Melkandas， a planet 1.99 million light years away from Earth， sends a message， offering a help to the mankind. She says her planet has anti-space virus vaccine and a device that can cleanse Earth of the damage. Now Hayate is the only hope for the entire human races， but the space battleship is confronted by the main fleet of the alien forces just before reaching Planet Melkandas. Tsutomu Godai， Hayate’s battle chief， orders the crew into combat. Yui Mari， the ship’s radar operator and nurse， quietly watches over him. Godai fires the ship’s Blast Shock Cannon， which destroys the enemy fleet. However， Demler， the supreme commander of the enemy aliens， survives and launches a surprise attack on Hayate and its overjoyed crew， getting inside Hayate to wage a close combat. Godai and his men counterattack while Yui encounters Demler on her way to treat the injured. Yui is nearly disgraced by Demler in a room， but is saved by Godai who arrived in time. Demler is forced to retreat into his ship and disappears. Godai thinks their long journey to Melkandas is finally over， but Hayate is ambushed by Gemilums using Instant Matter Transporting Device that teleports a missile directly into the muzzle of the Blast Shock Cannon， and during the ensuing confusion， Yui is abducted by the enemy. ‘Dear Hayate crew， I am not a man who easily forgets the disgrace I received，’ says Demler with a laugh. Next moment the kidnapped Yui， humiliated by Demler himself， is shown on the monitor in Hayate’s bridge. As if saying to Yui that it is the only way for her to save the battleship， Demler forces fellatio on her while the Hayate crew watches it. Yui cannot help but obey and gets disgraced: ‘Godai-kun， please come and help me!’ As Yui gets penetrated， the missile digs deep into Hayate’s body. She gets disgraced in many positions， enduring disgrace desperately. The missile explodes， and Hayate sinksinto pitch-black space with a cloud of smoke. With his ship gone and his love disgraced， Godai attempts a suicide attack flying his ship-based fighter， but ends in failure.... Distraught Yui wanders between despair and ecstasy， hearing the Gemilum warriors hurrah for the commander: ‘Long live Demler!’ [BAD END]