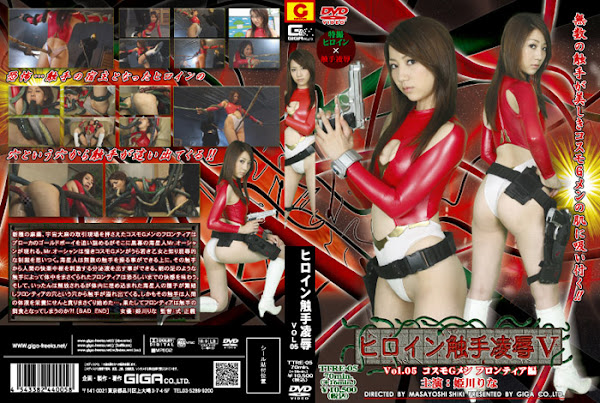 Frontier， who is known as the Cosmo-G-men， puts under her control over a dealing spot of the space marihuana which is a newly-discovered drug species， and she chases down the broker named the Gold-Boy. But the Sea alien named Mr. Ocean， who pulls the wires behind the Gold-Boy， appears in that place. Mr. Ocean notices that his provocative Cosmo-G-men is a young girl and he comes up mind with giving her some humiliated punishment. The Sea alien can handle numberless tentacles， and furthermore these tentacles run secretion which stimulates human’s pleasure center! Frontier is groped all over her body with tentacles of the octopus-like legs and she is tasted dreadful ecstasy. After that she is once released， but she is implanted seeds of the Sea alien inside of her body. And from any holes of Frontier， tentacles are coming up and squeezing out. Besides these tentacles start to grope all over her body in order to make her body fluid into these nutritious substance! Will Frontier really become the prey of the tentacles!?