JOVD-02 The Pregnancy, Milking and Delivery of a Superheroine 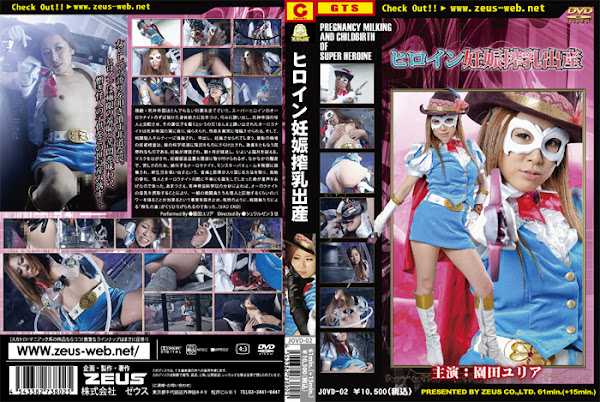 Our heroine’s greatest enemy “Death Empire” has concocted a most outrageous plan. Having realized the outstanding physical abilities of superheroine Aurora Knight， they plan to obtain Aurora’s genes by trapping her and mating her with the empire’s humanoid monster! The unsuspecting heroine is lured into a trap of Death Empire and is captured， and her sexual desire is abnormally stimulated. The hypersexual heroine is disgraced by the fighting monster Guilty， who cums inside her and Aurora gets pregnant. She has to take a terribly humiliating pregnancy test， in which her pubic region is exposed before the enemy scientists. By this excruciatingly painful and disgraceful test her pregnancy is confirmed， and several months later the time for giving birth has finally come. Her mask is removed and a special device is mounted onto her head to quicken childbirth， which turns out very difficult. Aurora is in great pain， keeps screaming， so the enemy takes a most painful and humiliating way; a monster vacuum sucker is attached between her legs to draw a newborn baby outside. Aurora passes out while a baby is born， an unfortunate product of Aurora and the monster， but her tragic story doesn’t end here. Scientists of Death Empire discover that by taking in Aurora’s breast milk， ordinary combatants can gain the power as strong as empire’s humanoid monsters. The never-ending “milking feast” is held every night， attended by the combatants. [BAD END]