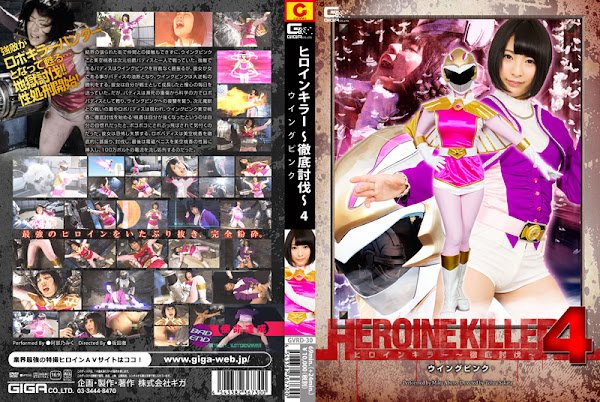 Wing Pink fights against Badeth inside the Spiritual Barrier. Badeth beats on Wing Pink， but due to his sexual desire， Wing Pink finds a chance to fight back. Luckily she manages to win against Badeth but she misunderstands that she is getting stronger. Meanwhile， with the forefront of science and technology， Badeth is revived. He is turned into RoboBadeth to get a revenge on her! While she was fighting against a different monster， the robot shows up. RoboBadeth is way stronger than her， and Wing Pink realizes then that she was weak. But it was too late， she wets her panty from fear. It captures Wing Pink and shoves an electrified penis inside her. RoboBadeth disgraces her while electrifying her twat.