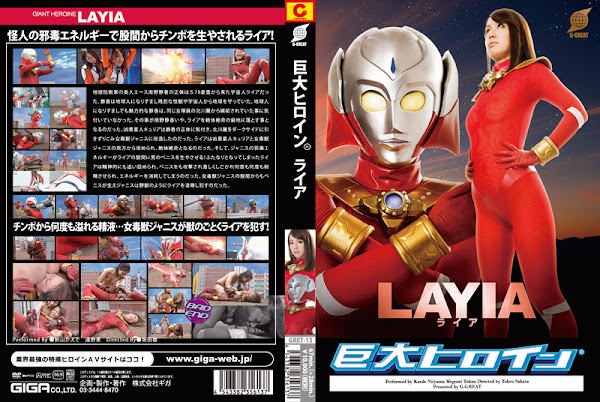 Shizuka Minamino is a member of the Earth Defending Troops， but she is also an alien from the 78th galaxy Layia. Shizuka disguises as an average human to defend the Earth from monsters and aliens. Although she disguises herself， she attracted people’s attention with her appearance. And her colleague， Rei Kitagawa， did not feel so good about that. Kyuria the atrocious monster finds out the truth about Shizuka， and drags Rei to the dark side. Rei is transformed into Janis the poisonous monster. Layia is forced to fight against Kyuria and Janis both at the same time. And Janis’ foul venom grows a penis on Layia’s groin. Surprised by her enemy’s attack， Layia is mentally hounded down. Janis attacks her penis， strokes it hardly， and makes her ejaculates! Soon Janis grows a penis and begins screwing Layia. [BAD END]