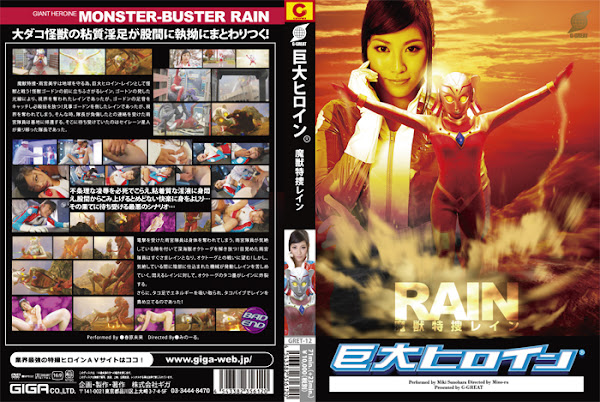 Miu Amamiya， Hulked out as Heroine Rein， belongs to the investigating squad going after devilish beasts， fighting the specter beast! Specter beast Gordon stands against Rein. The beam discharged by Gordon blinds Rein’s eyesight， but she， sensing his footsteps， throws her deadly attack. Rein beats down Gordon. Then， Amamiya is informed that her squad commander has been wounded， and she hurries back to the base. Awaiting her there is her commander who has just been possessed by a space alien from Star Seyrene. Hit by electric shock， squadder Amamiya is robbed of physical power. While she is unconscious， the deep sea beast Octogue is set free! Awoken， Squadder Amamiya transforms into Rein and engages in a battle with Octogue! But， a device deeply embedded into Rein’s cunt while unconscious gets into motion and torments her. Octogue’s octopus ink is splashed on writhing Rein. Octopus legs suck up Rein’s energy， and its vibrator tortures her further!? [Bad ending]