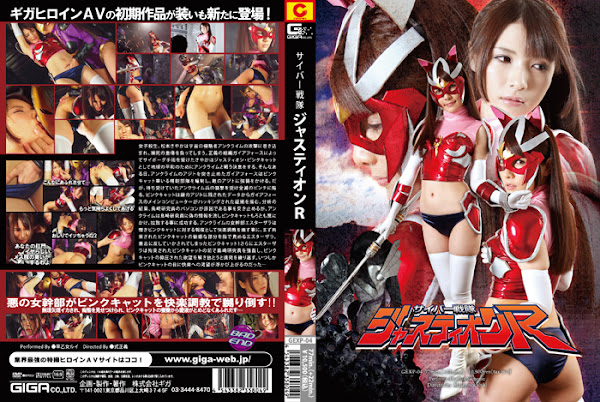 A high school girl Sayaka Matsumoto gets severely injured， being involved in an attack of Annkleim， invaders from space. Organization of justice Gaia Force saves Sayaka by performing a cyborg operation， and Sayaka is rebuilt as Justion Pink Cat fighting Annkleim to protect the peace of Earth. One day a Gaia Force special unit detects the location of an Annkleim hideout， and sends out a special unit led by Pink Cat to make a raid on the enemy lines. However， the Annkleim soldiers who had anticipated their move attack and drive the Gaia Force fighters into a corner. Gaia Force is in danger of imminent defeat， but among the data left in the enemy’s secret headquarters， Pink Cat discovers the evidence that Annkleim has tapped into the main computer system of Gaia Force. Further investigation reveals that for their hacking Annkleim had used a lab worker Shinozaki’s personal computer. By giving Shinozaki false information， Annkleim succeeds in capturing Pink Cat. Esterzara， a vengeful female boss of Annkleim， decides to inflict pleasure tortures on hated Pink Cat. Deftly using her fingers， Esterzara tortures the captured Pink Cat， and fondles the most sensitive part of her body， and in spite of herself Pink Cat reaches orgasm! Then Esterzara disgraces the lab worker Shinozaki in front of Pink Cat， trying to unleash the repressed sexual desire hidden within Pink Cat. And there appears a light in the eyes of Pink Cat， a light that reflects her insatiable thirst for pleasure.... [BAD END]