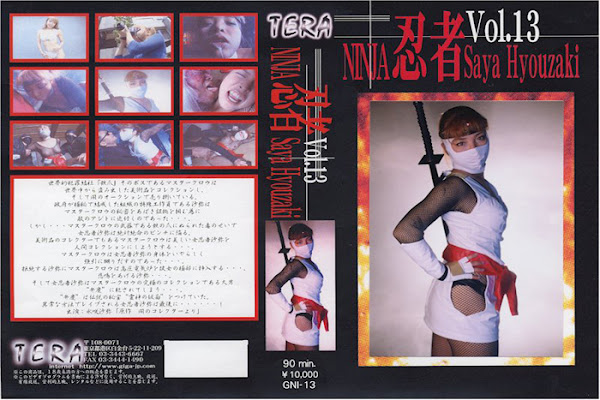 Master Claw was a head of an international criminal organization ”The Iron Claw.” He was stealing and collecting art objects， and he disposed those art pieces into art auctions. Saya was a special agent of an organization formed with utmost secrecy by the Government， and one day she approached enemy’s secret base in order to grasp a secret of Master Claw... However...the female ninja Saya was chased down into a tight corner by Master Claw who had arms known as iron claws coated with poison. Master Claw who loved to collect art objects was about to add the beautiful female ninja Saya into one of his human collections...And in addition to that， Master Claw began to tease her flesh so obscenely willy-nilly... Master Claw inserted some high pressure electric furnace into her secret swampy hole no matther how he was refused by her so deadly... There were some serious cry out from Saya... And finally she was disgraced by a huge dude named ”Benkei” who was the ultimate human collection of Master Claw... Bnekei was wearing ”The Mask of Spirit God” known as a legendary treasure. And the female ninja Saya was about to be disgraced in some abnormal ways， and at last...!